The Wisdom Café is a made-up name for a group of women – all ages, all nationalities – who meet twice a month at a restaurant, Les Pierres Rouges, in Valbonne, France.  Wise-wannabe’s attempting to solve life’s problems. (Haha. We wish.)

It is fun!  Twenty or thirty women who live in the South of France talk, laugh, eat, and listen to some sort of program – usually a talk by Sara Randall, the “organizer”. 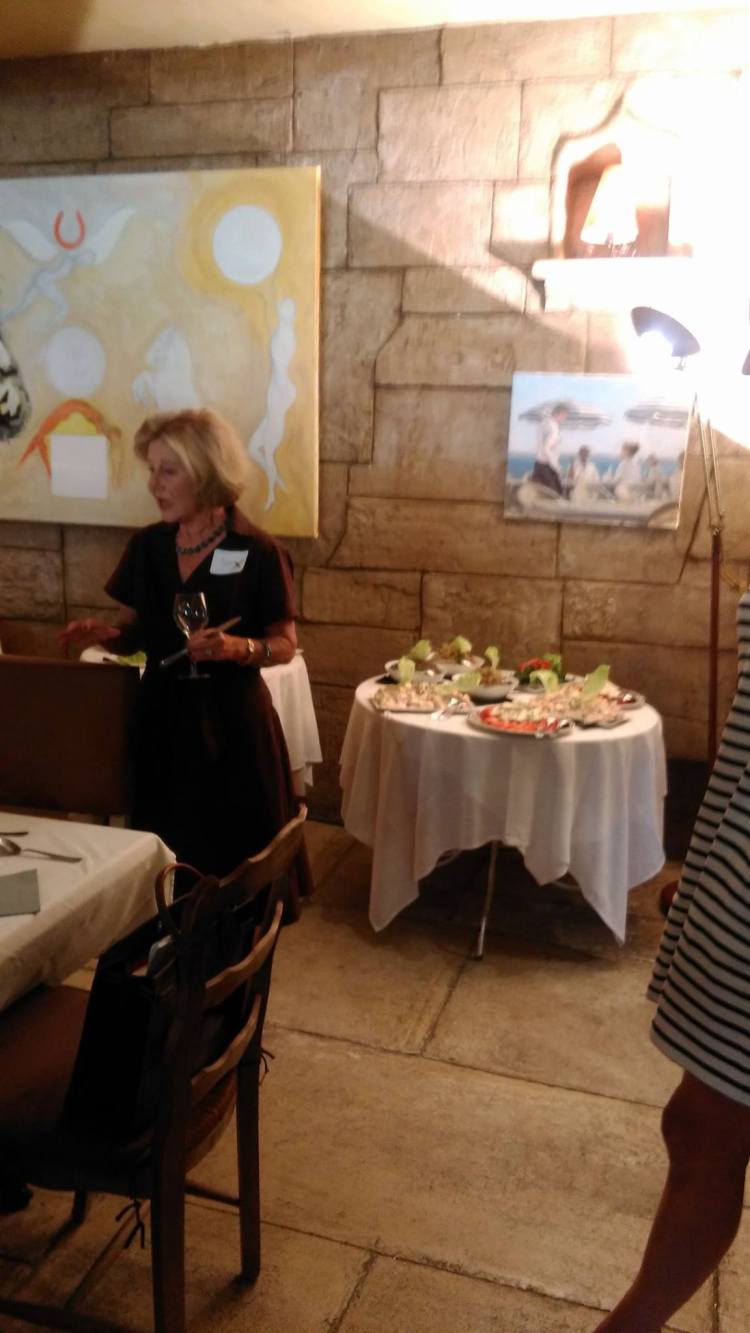 I have been going since October. Sara invited me at the American Club‘s July 4th event at Castelplage.  My assigned seat was between her and her husband Roger. 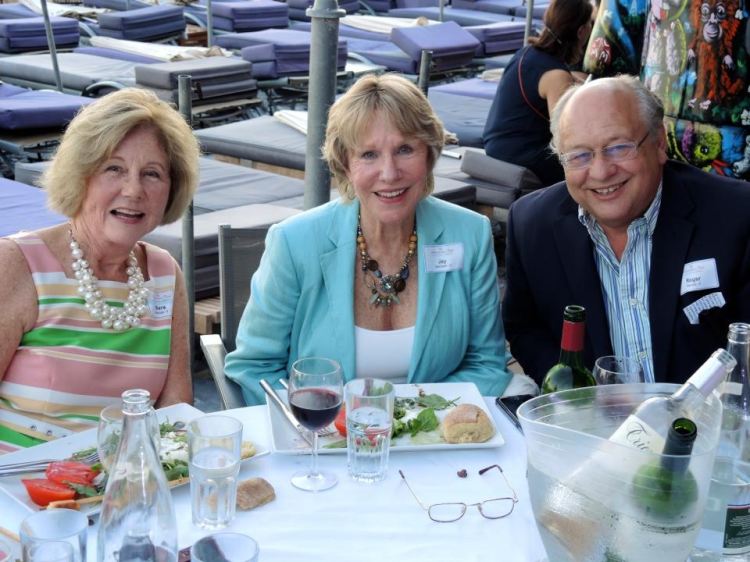 Sara’s great! She is from Houston, Texas, with a great personality!  I don’t know how she got all of these interesting women together, but she did.  Cy Todd helped.  Cynthia “Cy” Todd is an organizer’s dream-come-true.   She can organize anything.   At the same time Cy is organizing things, she is singing in different venues all over the South of France while traveling throughout Europe.  Well, that is somewhat of an exaggeration, but she does a lot of different things, seemingly at the same time.  I am impressed.  Sara lives in Valbonne.  Cy lives in Nice.  Together, they get women to come to the luncheon from all over.  I am still learning names, faces, and countries.

My new friend from Los Angeles – Joyce Marshall – and I drove to Valbonne for the party. This is Joyce. 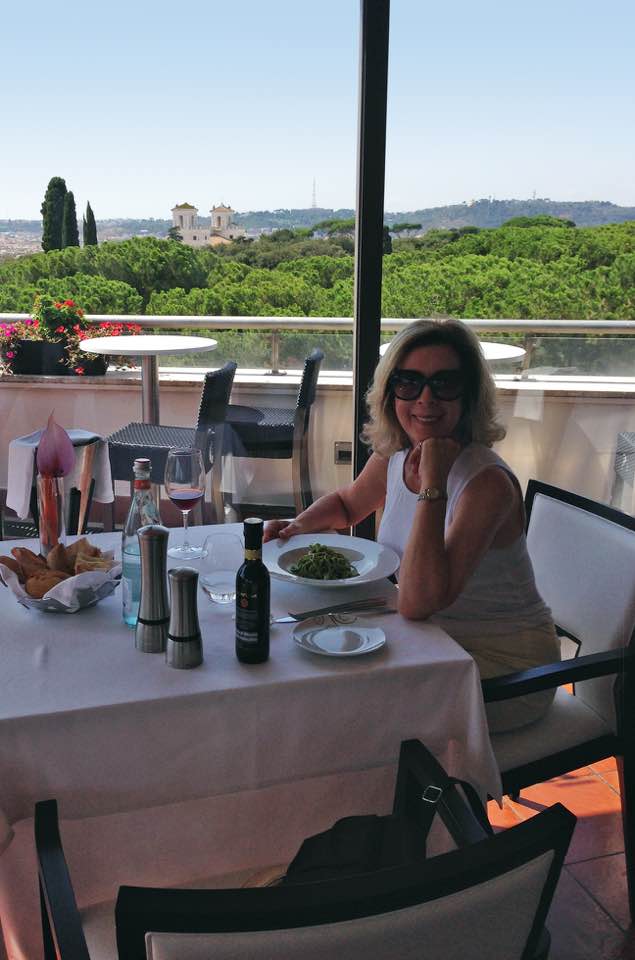 Everyone had an assignment – bring a dessert from your home country. Yum! I took an apricot tart, saying we have “tarts” in the U.S.  OK, so they are French.  I should have made an apple pie or Mother’s boiled custard.  A lemon-cheese cake or a caramel cake would have worked – IF I were willing to cook.  (Sigh)

I sat between Betty (from the Netherlands, living outside of Antibes) and Val (Valerie, from the U.K., living in Cannes, spending years in Australia, traveling around the Mediterranean for three years with her husband and son on a boat).

Also, at my table at the other end was an actress who studied with Lee Strasberg.  So did I.  We compared notes.  Her professional name was/is Anita Strindberg.  I don’t know what country she is from, but I will find out.  She now lives in Valbonne.  This is a headshot of her that I found on the Internet.  Isn’t she beautiful.  See what I mean?

In the photos, I have tried to capture the fun of the event.  Usually, I am not one for luncheons with a bunch of women.  This one is different.  Probably because most of us are expats from somewhere in this crazy-mixed-up world.  Fate has brought us together at this point in time in a small restaurant, run by Annie and her husband (I think), in the South of France.  Here we are, laughing and having fun with each other for a couple of hours, twice a month.  It’s a special moment in time, now recorded on JAYSPEAK.  Enjoy.

2 thoughts on “THE WISDOM CAFE”