Forgive me, time out while I brag.  This January 2018, I was named in “The Annual List of Top Attorneys” in Southern California 2018 Super Lawyers, in the top 5% of lawyers, as voted by my peers.

Every year, Super Lawyers evaluates lawyers across the country for its annual list of top attorneys. Each candidate is measured against 12 indicators of peer recognition and professional achievement. Nominees from more that 70 practice areas are considered. The patented multiphase selection process is rigorous and methodical. I have a personalised badge with my name on it, but I have had difficulty downloading the badge. It requires a webmaster, not.  I’m honored to have been named “Southern California Super Lawyer” this year.  To my clients, colleagues and friends, thank you for this honor.  Jay W. MacIntosh

I cannot remember a time when I bragged about something just because I needed to brag without need for a result. Possibly when I was elected to Phi Beta Kappa. Most often, I bragged because I wanted a acting job, or a client, or something. Phi Beta Kappa was something else. I knew I had gotten good grades in high school and in college. But, I was in Drama School. That wasn’t considered a “scholastic pursuit”. An honor like Phi Beta Kappa was reserved for “scholars”.  You can imagine my surprise and thrill when I got news at the University of Georgia that I had been elected to Phi Beta Kappa. I remember Hugh Mills, a member of the Selection Committee, told me later that I was an exception to the rule because my highest grades were in History and Science. Go figure.

Those of you who know me, know that I decided to go to law school in 1995, when I was 58 years old. At that time, I was acting, selling real estate, and engaged in a mean-spirited divorce. When I had to file bankruptcy, my family law attorney backed out of the case, unable to help me in Bankruptcy Court. I represented myself. Big mistake. I ended up “giving away the farm” – properties that were mine by law – to be rid of things pulling me under.  I wish I had hired an attorney.  Could-a, would-a, should-a.

I remember the day I signed the final agreement – April 1995. It was over. Damn! What had I done? My family law attorney was at the hearing and helping me from the sidelines. I kept arguing with the judge, who finally told me, “Sit down, Ms. MacIntosh! Otherwise, I will hold you in contempt of court!” It was that day that I decided to give soon-to-be-ex what he wanted- my rights to our and my money – most of which was tied up in a Pacific Palisades property.  At some point that morning, my attorney said, “Let’s go to lunch. I will treat you.”  We went to some café and got a sandwich, sitting outside under a tree. While I was drowning my sorrows in grease, she said, “Have you ever thought about going to law school?” “NO, of course not.” “Well, if you ever do, I will write you a letter of recommendation.” That was how it started.

That day, I asked her what I had to do, getting names of nearby ABA-accredited law schools. That day, I began ordering catalogs. From then on, powered by anger, frustration, and despair, I took the LSAT, got letters of recommendations from attorneys, mailed four applications, and got accepted at Whittier Law School, starting August 1996. No one thought I could do it.  I was 59. 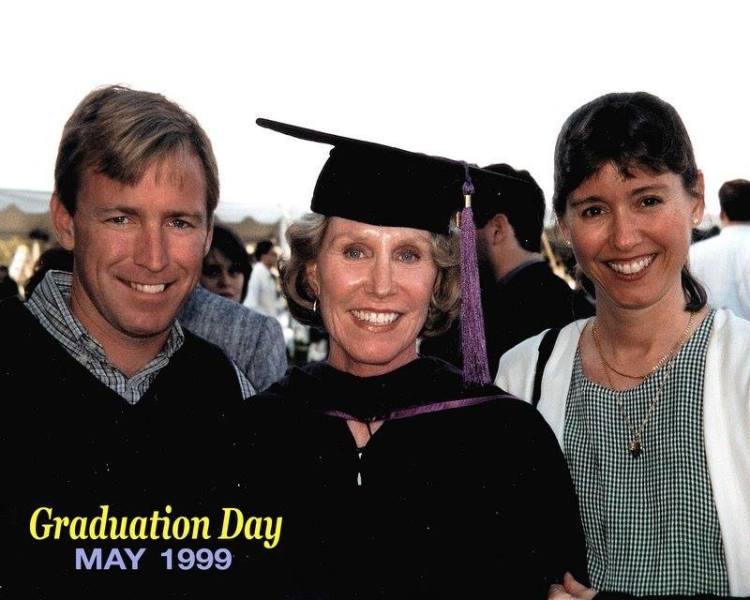 Passed the California Bar Exam in 2000. I was 62. I started practicing law in 2001, in Los Angeles. I was living in an apartment in Brentwood. My Law Office was a post office box on San Vicente. My intention was to join a Law Firm, as soon as I could find a good “fit”.

Needless to say, I was a “boutique item”. At my age, few established attorneys were interested. Plus, I had a hard time, taking orders from men younger that I was. Meanwhile, while I was sending out applications and resumes, I started getting cases. The first one was a friend of a friend who needed help with an outstanding warrant in the Beverly Hills Criminal Court. I got him off on a misdemeanor. The second one was a woman who needed an entertainment attorney to help her set up a corporation to raise monies for a theatre production and obtain rights to the book she planned to use. The third was a Pilipino woman who got “wrongfully terminated” from Union Bank of California Private Bank – a discrimination case. We settled that case.

I continued practicing law, taking discrimination cases, practicing entertainment law, and taking other odds and ends as a sole practitioner, plaintiff’s attorney, suing huge corporations and government entities until the day my husband and I boarded the plane to Nice, France. Doctor’s Orders. If I continued the way I was going, I would either have a heart attack or a stroke. OK. I got it. If I stayed there, I would practice law. I loved it. I still love it. I was/am good at it. I had to go somewhere I could not practice law. If I had stayed in L.A. or another state in the U.S., I would have difficulty NOT practicing law – Federal Court, if need be.

So, here I am, a Super Lawyer in Southern California, living in Nice, France, still helping expats with legal problems in the United States.  I love it!  I am proud. Most of all, I am honored.