61 years ago, February 23, 1958, my beautiful daughter, Tracy Lee MacIntyre, was born in Baptist Memorial Hospital in San Antonio, Texas, at 4:11 p.m.  The doctor was Dr, Alfred Celaya and the nurse was Mrs. Nimitz.  Darrell was a Second Lieutenant in the Army, stationed at Fort Sam Houston for a two-year requirement in R.O.T.C. before going back to Law School.  We were living at 247 Emporia Boulevard, Apt. 7, San Antonio, TX.  She weighed 7 lbs, 4 1/2 oz. and was 18″ long.  I was in Room 301.

I was planning to write more about her because I love/loved her very much and thought we would be friends forever.  It is difficult to do. She went on to graduate from UCLA with a degree in classical guitar, and graduate with her masters degree and PhD from Pepperdine in child psychology.

She has lived most of her life in Colorado Springs, CO.  But, I don’t know much else about her. We have lived a lifetime apart.  Somewhere along the way, something went very wrong.  A lot of accusations were made.  I will never know whether they are/were true or not.  I had difficulty accepting them at the time.  These days, I think they were/are true.  But, you think you know someone, and you don’t.  I have not seen her since 1999 – 20 years ago.  I was so happy that we were getting along. 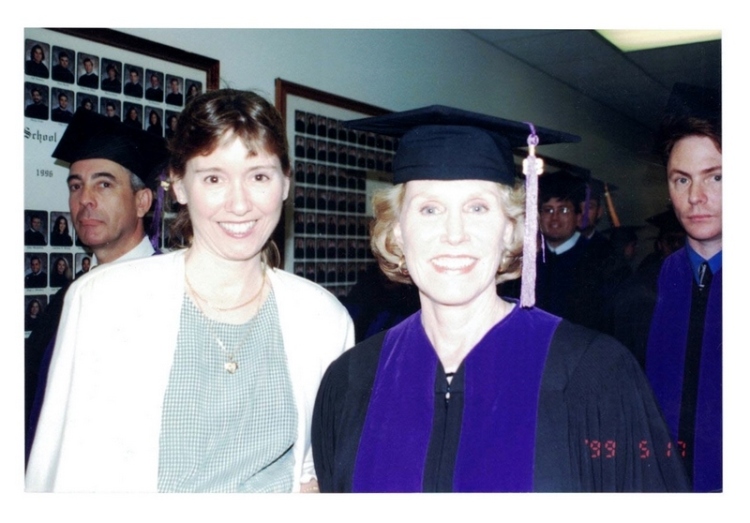 Not a day goes by that I don’t think of her, want to see her, wonder who she is, and what she is like.  But, we never could get along as adults.  Both of us are culpable.  Long story that will probably remain unwritten.  But, on this, her 61st birthday, I wish her well and hope she is surrounded by good friends who love her and lots of loving dogs and beautiful cats.  This morning, I walked to Notre Dame and lit two candles for us, thinking about limitations. At 81, going on 82, and a limited budget, I am now subject to limitations that I didn’t have before.  Is that an excuse?  I am not sure. We both have suffered heartache. I am not sure that I can repair anything at this late date.  I don’t think I can repair much of anything.

Are “limitations” merely an excuse/  Limitations……….

Have you even thought about the fact that we are always dealing with limits of one sort or another – they never seem to stop.  This morning, I was thinking that I am stopped from doing some things I want to do because of my age.  Not that I cannot do them, or cannot afford them, or do not want them, but solely because of my age – 81, going on 82.  I am supposed to be “old” – no matter whether I feel or look old, or not.  Ugh.  I HATE that !  Now, granted there are some things that I CANNOT do, but I am not talking about those things.

As an actress, I knew to learn the limits (the rules) before I did anything. Most of them were unwritten.  As an attorney, I had to deal with limits and laws, starting in Law School and going from there.  Most of those were written.  With both sets of rules, I learned the ones I could break and those that I could not break.  Same with dating, marriage, and having children.  “Having and keeping friends” has its own set of rules, most people setting what they – knowingly or unknowingly – call “boundaries”.

In France, I am really confused.  Everything is different.  People are here from all over the world and each one of them with his/her own set of boundaries.  Nothing is what it seems or even familiar.  So, I am constantly groping around in the dark, feeling the walls for a light switch.

Maybe some of you can identify with some of this. A lot reminiscing and rambling and regretting, and …….  on it goes.  As the French would say, C’est La Vie!  As the Americans would say, “Get a life!”