Last week, I took a break! There was a LOT going on in the world.  Yes, I was despondent (sigh), but I am back with renewed vim and vitality!!! Sorta.  So, on Friday, the 13th following 9/11, I decided to walk to the Sea whether I felt like it or not.  And, I was NOT allowed to cheat.  (Cheating is taking the tram there and back. Haha).  Well, maybe I could take the tram one way, but I must walk without a cane one way.  No tram.  So, I did!!!  The good news is that walking without a cane frees one hand for my camera.  Lots of photos.  The bad news is that I often forget to take pictures.  WHAT????  How can a person forget to take a picture, especially if that is one of the  important goals, alongside no tram? Because I am focusing on walking normally (if possible), and I am still unstable some of the time (not all of the time).  So, I did the best I could.  I walked to the Sea, had breakfast, and took the tram back.  “A Day in the Life”  And, I took photos.  YES!!!    Take a look!!

I started out from my apartment, walked by the Bank and got some cash, and then took back streets for a few blocks.  En route, I passed by JP Pac’s Chocolate Shop and a Bridal Store.  PHOTO-OPS! 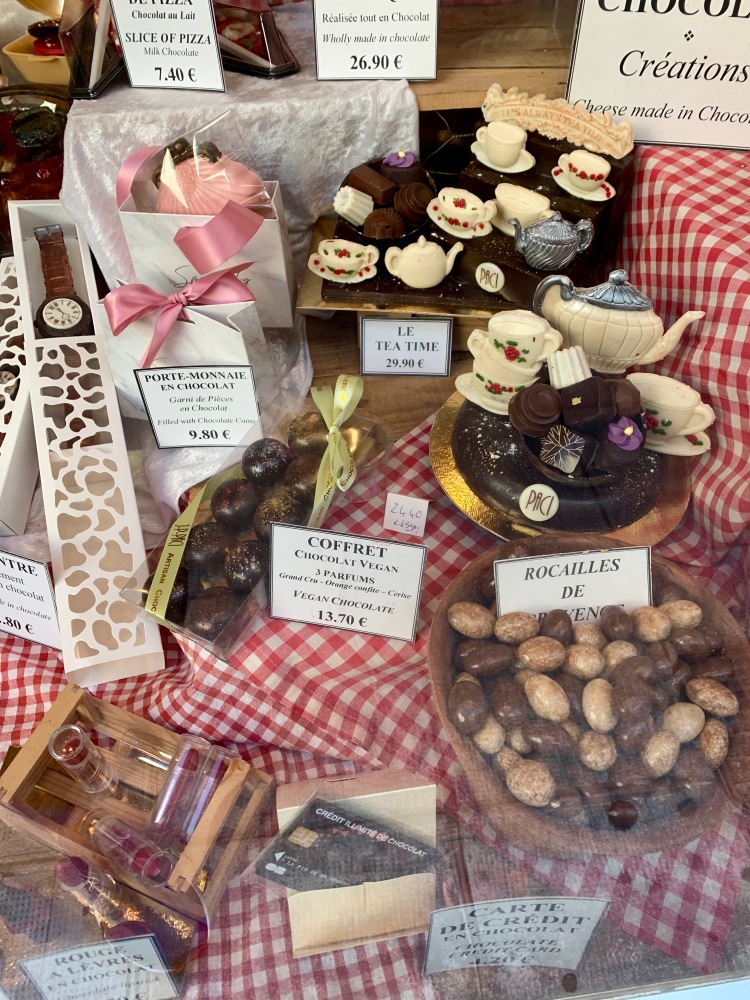 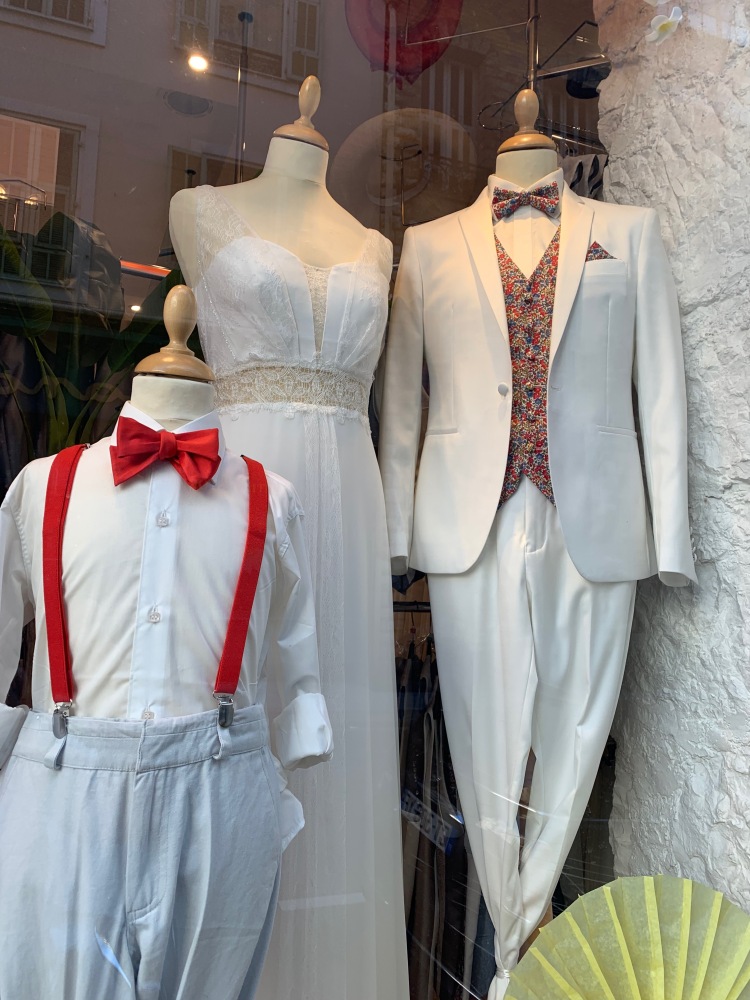 Before I cut over to the main drag (JEAN DE MEDICIN), I went by a bus stop (haha), the side door of Galleries Lafayette (for no good reason), plus shooting a photo of a restaurant I like (Cafe Nissa).  It is colorful. 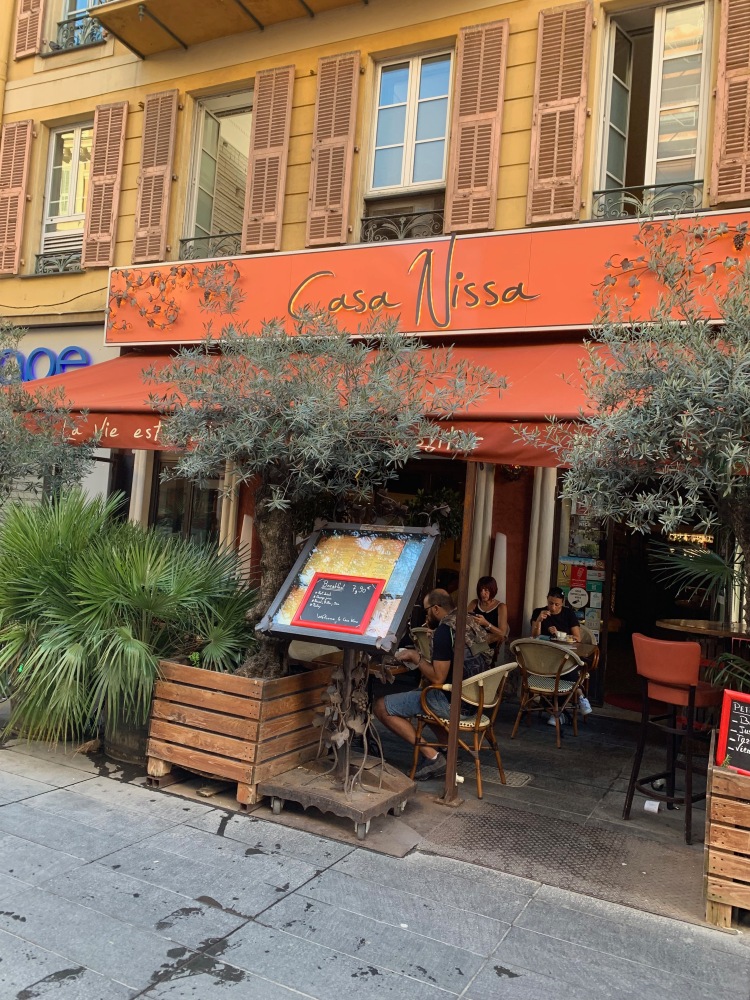 Then, I shot a photo of a Brinks truck (hoping no one would get shot while I was taking a picture) – for no good reason other than to have a record of my being there in case……

Crossed the Place de Masséna , shot a rear-view of David (because I was in the shade)

Took a side view of the restaurant La Petite Maison, setting up for lunch ($$$)…

Walked up the hill, shot some plants (for no good reason, and VOILA!! 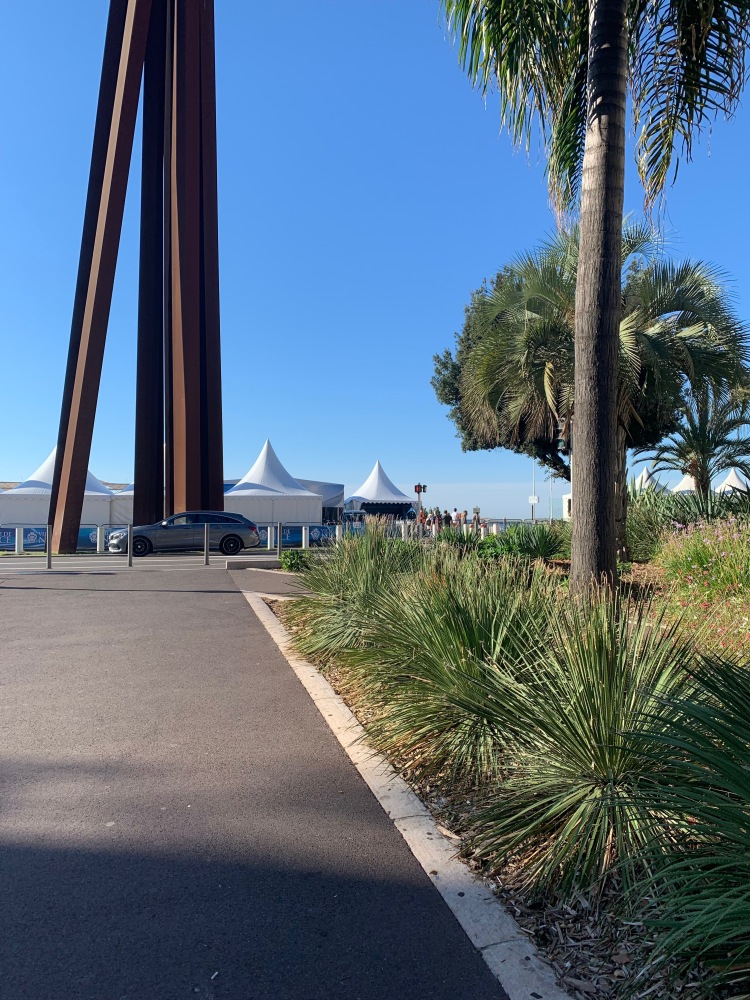 AND now, Ladies and Gentlemen, it gives me great pleasure to present THE SEA!!!  No cane.  No tram.  YES!! 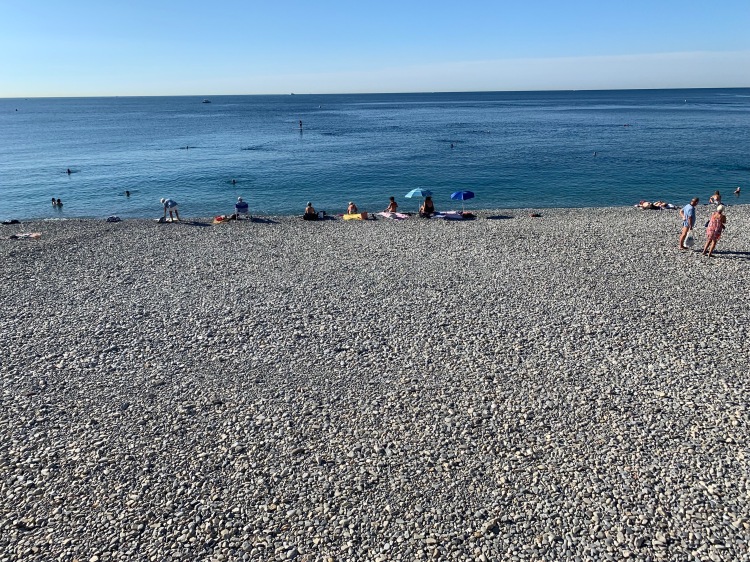 OK, now for breakfast!! while passing vendors selling plants. I have a place I like (for no good reason), Milena.

After that, I wandered into Old Town (forgetting to take photos), buying a purse, a hat (both on sale), and some lavender soap.  I then got the tram and went back home – VERY PROUD OF MYELF!!  2.6 miles !!! These are a couple of additional pictures I took, for no good reason other than I liked the shots. 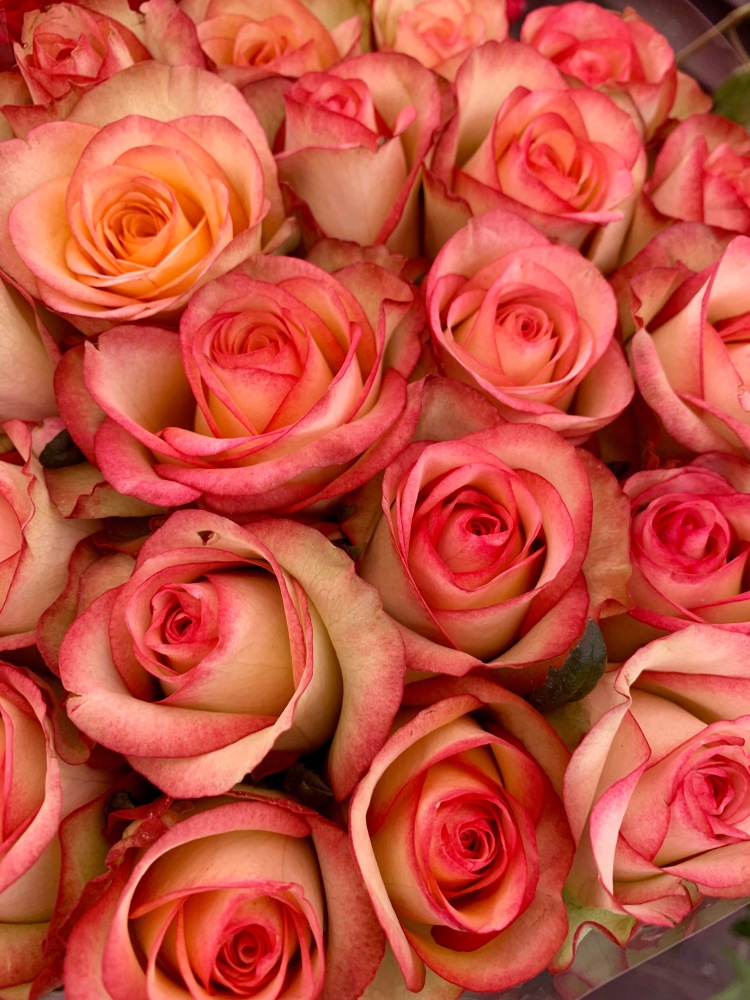 The rest of the day, I did nothing except worry about the state of the world (my normal activity) along with problems to solve while trying to move to Paris and re-learning how to walk!!  I also need to get back my “photographer’s eye”.  Oops.  Actually, I had a VERY IMPORTANT topic to cover “Watch and Learn – or not”.  That will be shelved for another day, along with “Think Outside the Box” and “Expand your Universe”.

Remember this?  (singing) “So long for awhile; that’s all the songs for awhile; so long to your Hit Parade, and the tunes that you picked to be played.  So long.  (sigh)  Ah-h-h-h-, the good ole days!!!