This blog just rambles. What can I say – I need to ramble. We are reinventing the wheel over here, and the unknown is becoming known. I am learning. You are learning. The world is learning.  John C. Maxwell said, “The unsuccessful person is burdened by learning, and prefers to walk down familiar paths. Their distaste for learning stunts their growth and limits their influence.”  Well, I prefer to walk down familiar paths, yet I don’t consider myself unsuccessful. I learn. My quest for learning has been lifelong – often to my detriment. And, I am still going strong.  Problem is – I am on overload over here and don’t know what to learn first. There is too much, all at one time. When all else fails, get sick. Works like a charm and easy to do. People wheezing and coughing on the bus. Sick students coming to class, infecting the rest of us.

This time, it is different. On a large scale, the world is a mess like I have never experienced. I have experienced chaos, but never like this. News, Breaking News, Israel, Palestine, England, France, the United States, China, Belgium, Germany, Russia – not necessarily in that order. Libya is taking its place in line. Bulletins everywhere – Facebook, Twitter, my cell, my email. On a small scale, I am a mess. I have experienced this kind of a mess, but in my own country. Not France. I must move; I must show up at class; I must learn French; I must get stronger – work out, eat right, buy groceries, do taxes, downsize. Daddy always said, “Rough seas make good sailors”.  “When the going gets tough, the tough get going.” Ugh.

I signed up for this “intensive” French class for one month. I made it through two weeks and two days before getting sick.  Overwhelmed. I don’t have the time to be overwhelmed.  None of us do. The woods are on fire.

To my attorney colleagues, to my friends and family, to strangers who don’t know me, please know that my heart is in the right place. I was a women’s libber before the ‘60’s – shocking friends and family. OK, even though I did it in my own quiet [safe] way, I did it. And to those I have offended, I apologize if I haven’t been very “big” about accepting the views of those who disagree with me. As my kids used to say, “whatever”.

So – for now, I will get back up on the horse/the bicycle – get well, go back to class, and look for smaller apartment. I will become more selective as to the information I put into my head. I will try to switch my mind-channels from “alarm”, “breaking news”, and “unfollow” to selectivity. If not now, when? As for Facebook and Twitter and Instagram, don’t look for anything profound. I will leave profundity to those more verbose and learned than I. From time to time, I will post pictures from Nice, clichés from Daddy, and quotes from “whomever”. Seems so trivial in today’s world. 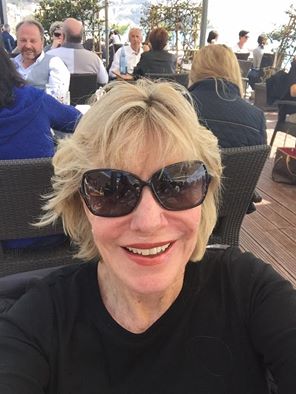 One thought on “WHEN INSPIRATION FAILS – RAMBLE!”