Who are Andrea and Slawek?  Here’s the back story:

In May 2014, when Steve and I were tossing around the idea of moving to France, I started googling and reading blogs about France. I came across some good ones written by people who had moved to Paris. Close enough. One guy recommended a website – www.angloinfo.com.  I checked it out, created a profile, found a “discussion – home and garden” link in the France section, and started a discussion. My husband and I were moving to Nice and needed help finding a rental. I got several responses. One was from someone named Andrea Emond. She lived in Nice. She and her partner, Slav (an attorney), had a company HOME French Riviera. They worked the Nice area, primarily with foreign clients.  Perfect.  http://www.home-frenchriviera.com/

Andrea and I emailed back and forth for a year-and-a-half. I asked Andrea every question under the sun. She responded with informative, detailed instructions and suggestions of what we needed to do. What to expect.  At some point, I was convinced. Steve – not so much.  We initiated proceedings – French Visa, Current Passports, Italian Passport, global bank accounts, a “dossier” for landlords. Andrea sent listings of properties in our price range.  Steve and I both got excited. We could do it! We could move to the South of France.

On October 1, 2015, Steve and I arrived at the Nice airport.  Andrea and Slav met us.  By that time, we had leased a condo in a neighborhood called Cimiez, had bank accounts at HSBC in the U.S. and France with the ability to do global transfers, had one long-term French Visa (for me) and Dual Citizenship for Steve – Italy and U.S. All of it with help from Andrea.

Steve and Slav were friends; Andrea and I were, too. When Steve got sick, Andrea and Slav rushed to Emergency. They came to Hopital l’Archet, Hopital Les Sources. They helped both of us when I had an Emergency panic attack.  And, Steve and Slav had time together before he died. Today, they are my friends. They have my back. Could we have predicted any of this?  No.

NOW – to the reason for this symposium:

On June 10, Andrea and Slav got married.  I was invited.  Steve, in spirit.

It wasn’t a large wedding – approximately 70 guests from all over the world. Slav is Polish. Andrea is Canadian.  Friends and family had traveled from Canada, Poland, U.S., United Kingdom, Dubai, New Zealand. The ceremony was in three languages – French, English, and Polish – inspiring, fascinating, and moving.  A gorgeous bride; a handsome husband; an incredible setting. 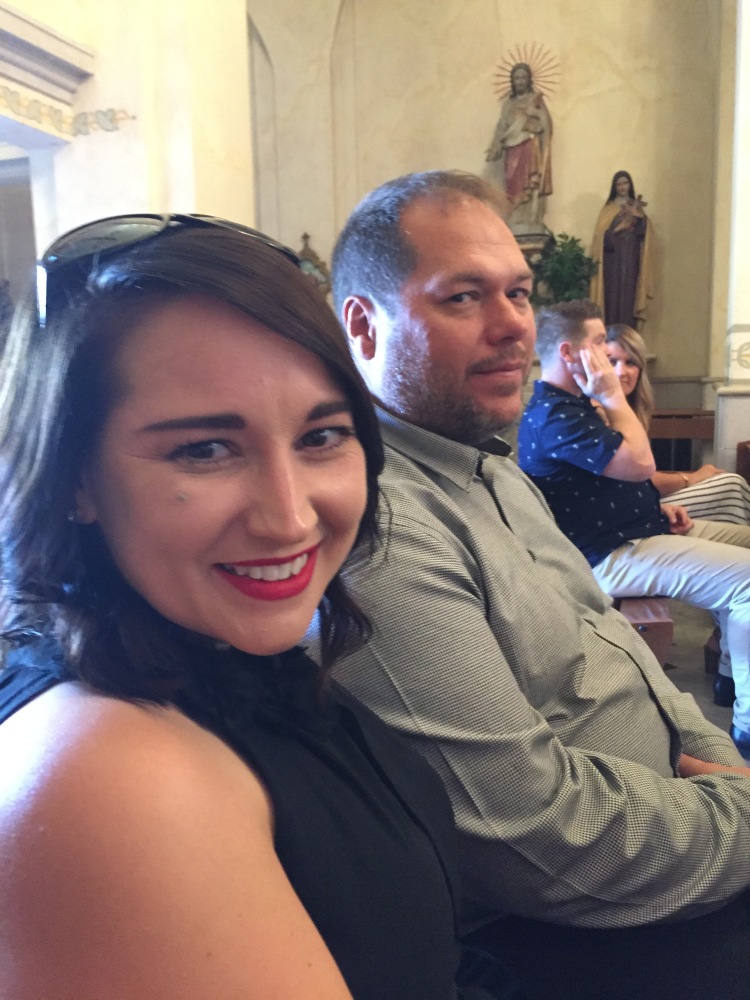 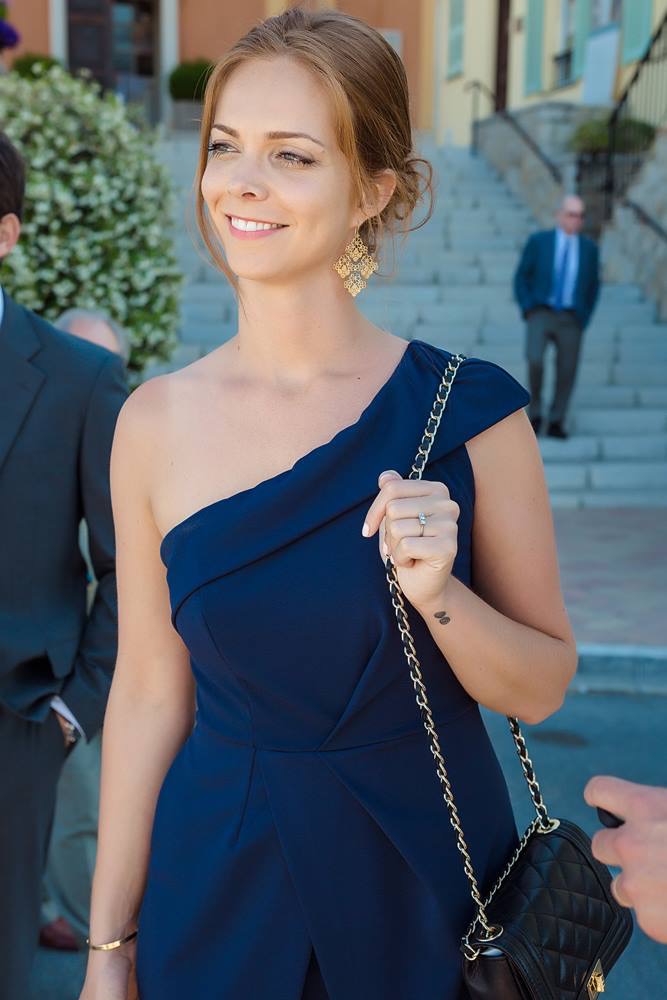 After the ceremony, vans transported guests to the site of the reception – Plage Deli Bo https://www.facebook.com/pages/Plage-Restaurant-Delibo-les-bains/992440910876719      The bride and groom and family took pictures. From then on, it was a glorious cocktail party, delicious dinner, and dancing by the Sea.  A full moon.  A contagious joie de vivre.  I danced like I was 18, totally forgetting that I have a bad knee. 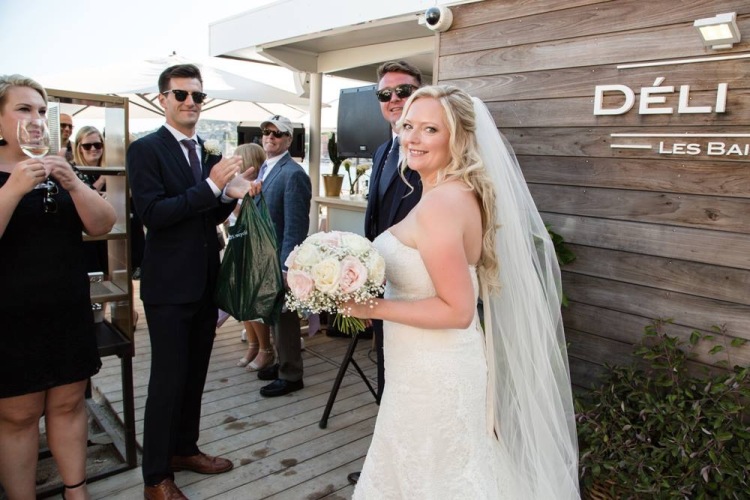 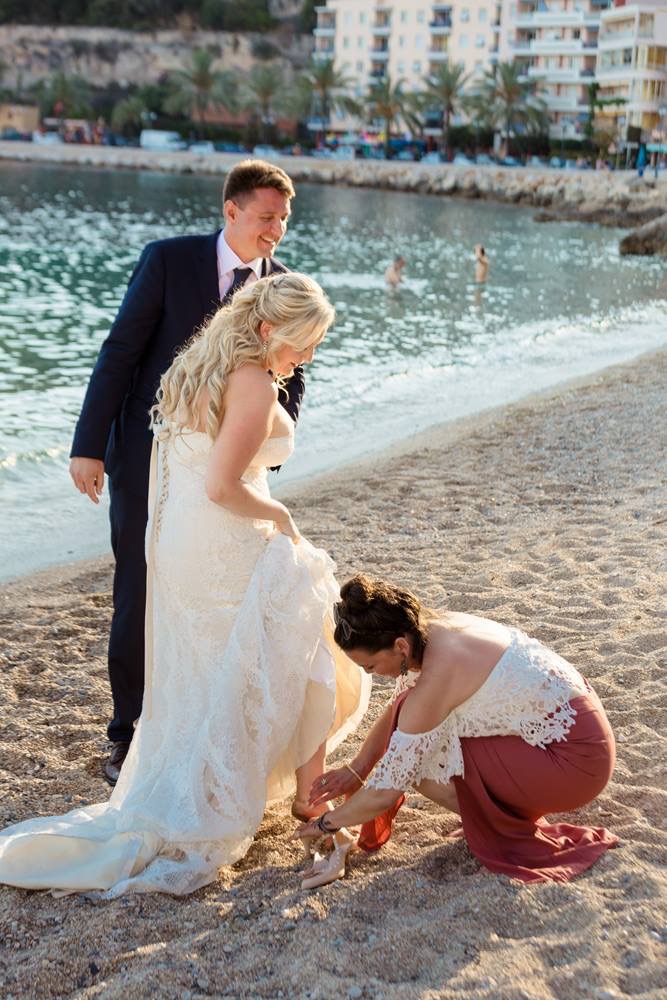 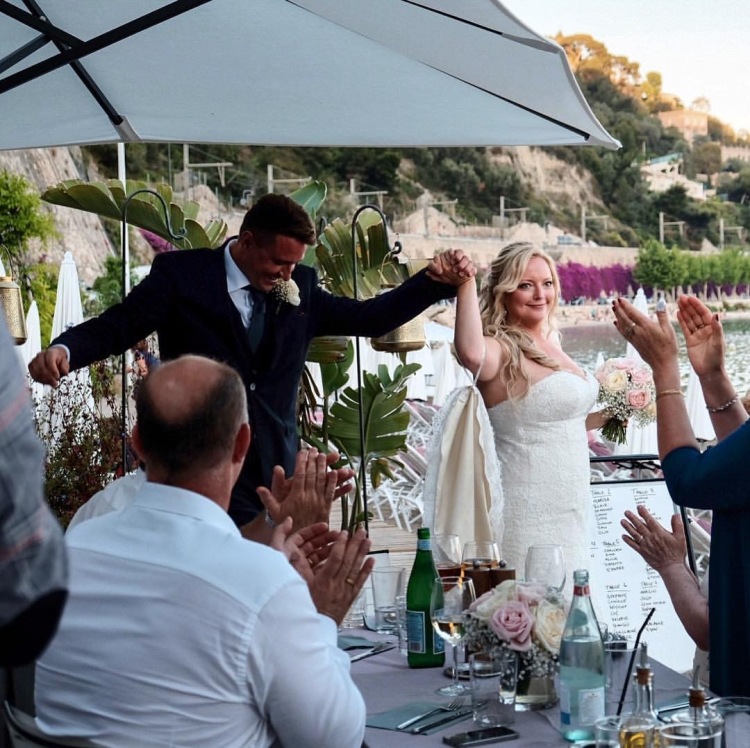 I enjoyed conversations and celebrated until the band at Deli Bo played “Goodnight, Sweetheart”. Just kidding. No one plays that song anymore. Well, the music stopped, and the lights flickered. Just kidding. At some point, people were leaving.  So, I called Uber and went home.

An Evening to Remember. I wish Andrea and Slav all the best. And, I thank them for including me in this celebration of family and friends.

2 thoughts on “ANDREA AND SLAV GOT MARRIED!”