This book is dedicated to Steve.  We dreamed this dream together. Then, made eleven months of it a reality.  It is also dedicated to Andrea and Kate and the people who encouraged me to keep writing – Adria and Judi, are you listening? It never would have happened without all of you.  It started like this:

In Spring of 2016, I had lunch with two of my girlfriends, Andrea Emond and Kate Gale, at a restaurant on Victor Hugo, called Volupté Anytime.  We gabbed about everything for two hours or so. I talked about my writings and those of my husband’s – Steve Orlandella.  Steve was getting ready to publish his fifth Vic Landell Mystery, “Midtown Mayhem”. I was working on “Journal of Janet Tallulah, Volume 3”.

We talked about marketing books. I expressed frustration with the process and asked for ideas.  Andrea suggested we each write a blog – to get our names out there. She had read one of Steve’s mysteries and enjoyed it.  At present, she was in the middle of “Janet Tallulah” and loving it. Kate agreed.  She knew people who made big money with blogs. What???  How? Advertisers pay to advertise on a blog – IF a blogger has enough followers of 50,000 or so. WHAT??? 50,000? What the hell could anyone write about that would interest 50,000 + people? After a good laugh, we all settled into brainstorming ideas for creating this hypothetical “blog”.

Later, when I got home, I discussed blogs with Steve.  I suggested we both begin a blog. He liked the idea. He decided to call his “Stevespeak”, after the title of his first book “Stevespeak: Three Years on Facebook” 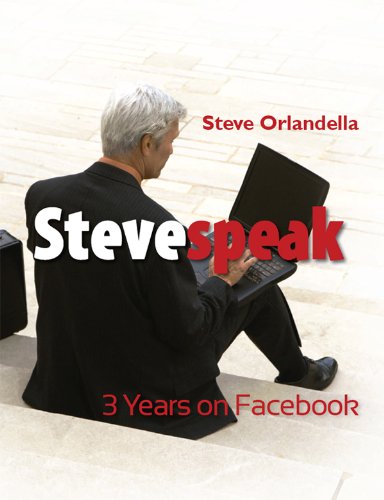 I asked him if he minded I call mine “Jayspeak”. Not at all. He thought that would be fun.

On July 31, 2017, Steve published his first post on Stevespeak, and I published my first posts for Jayspeak.  He wrote:

“OVERTURE – My name is Steve Orlandella and I continue to be dragged, kicking and screaming, into the 21st Century.  It’s time for me to have what most twelve-year-olds have – a blog.

To tell this story we must go back in time.  It was six years ago, after a career in television, that I closed my little cottage industry – Steve Orlandella Productions – and essentially retired.  My wife aka the energizer bunny was still busy lawyering.  She was asked by the Writer’s Guild to be counsel at a seminar they were holding on self-publishing.  She came home that night, walked in the door and said, “You need to write a book.”  My reply was one for the ages, “I don’t have anything to say.”  The best way to describe the look on my wife’s face was incredulous.  Why?  She knew that I have something – and usually a lot – to say about everything.  From the fruit fly to the search for intelligent life in the universe – no subject too big, too small, too current, too arcane.

The name of this blog is taken from the name of my first book – Stevespeak. This was followed by a book on the Titanic and a book about baseball.  It was about this time I got sick of writing about other people – I wanted to write about my own characters.  So, I turned to fiction.  As most writers will tell you, fiction is better.  Thus was born my baseball player turned private investigator and his way-over-the-top girlfriend.  I thought it would make for a good book.  In my humble opinion, it’s made five – with a sixth in the shipyard.

So, now, with whatever brain cells and synapses I have left, I’m going to take my shot at being a blogger. I will concentrate on the things I am passionate about.  I’m Italian, which means I’m passionate about everything.  History, science, politics, planes, trains, automobiles, baseball, books, films, and too many more to list.

I invite you to participate.  Our forbearers gave us all a little darling known as the First Amendment to the Constitution.  I believe in it and I have its back.  You are free to post whatever you like.  This comes with a proviso.  Let me channel Justice Oliver Wendell Holmes, “You can’t yell fire in a crowded theatre.”  In other words, there are limits.  Do you advocate the overthrow of my government through force or violence?  Believe that Sharia Law should replace the Constitution?  That we must abolish the Bill of Rights.  That Hitler was mis-understood?  That Isis is inherently good?  If yes to any of the above, don’t bother.  For the rest of you, I hope you enjoy it.”

“JAYSPEAK BEGINS…. On October 1, 2015, my husband and I moved to Nice, France. We are currently beginning our 11th month – as residents. It is tricky because we don’t either one speak French. We try to, but — no. A word here and there, but full sentences throw us for a loop. Yet, we have been able to make ourselves understood – by waiters in restaurants, UPS at the door, the mailman, the Post Office, the grocery clerk, the pharmacist, the doctor, the dentist. A lot of these people speak “some” English, but not much. I bought Michel Thomas’ French apps, and listened for months to the lessons. That helped. My problem comes with pronunciation. Mine and theirs. I say something I think is excellent, and they look puzzled. If they say something, I have no idea what it might be. Yet, I can translate it. I can read a lot of things; I am struggling with speech. I had hoped to pick it up faster — no.

We moved to France as a compromise. We had been living in Los Angeles, California, for many years. I had moved there in 1968, from Gainesville, Georgia. While there, I worked as an actress in film and television – selling real estate as backup. At a certain point, I got frustrated with acting and decided to go to law school. I practiced law for fifteen years and decided to retire. I married my husband Steve Orlandella – a live sports producer for television – in 2005. We had dated for several years, and he popped the question that spring. In 2014, we decided to retire. He hated the traffic, and I had battle-fatigue from contentious clients and defense attorneys. Steve wanted to move to Sarasota, Florida. I wanted to stay in L.A. We compromised by agreeing to move to Nice, France. It did not happen quite that easily, but all of that drama and saga I will save for another time.

It took us two years to “get our ducks in a row.” Steve applied for an Italian passport so he could have duel-citizenship. I required a long-term French visa. Plus, I had to close down Law Offices of Jay W. MacIntosh. It was complicated with snags galore, but we did it. And, here we are.

This is my first post. Welcome aboard.  BY JAY W. MACINTOSH”

I wrote three more posts that same day – “Our New Home in Nice”, “The Neighborhood – Cimiez”, and “Monastere de Cimiez”.

On August 2, 2016, Steve was rushed to the hospital with double pneumonia. He died on August 31, 2016, from heart failure after a month’s stay in the hospital.

During September 2016, I had a very difficult time, reeling from shock and grief. I did not think I could continue writing a “blog” alone. It seemed so trivial.  Then, I changed my mind. I thought it might help to post my thoughts about what had happened. On September 30, 2016, I published my next post on Jayspeak, “Dying While Making Plans”.

Since then, I have written a lot of posts on Jayspeak, now memorialized in a book, “JAYSPEAK on the Cote D’Azur”.  The book is filled with posts and pictures of two wonderful and traumatic years. Dedicated to the love of my life – Steve Orlandella.  For sale on amazon.com.  If you buy it, read it, and like it, please post a review for me on amazon.com. That helps a lot. 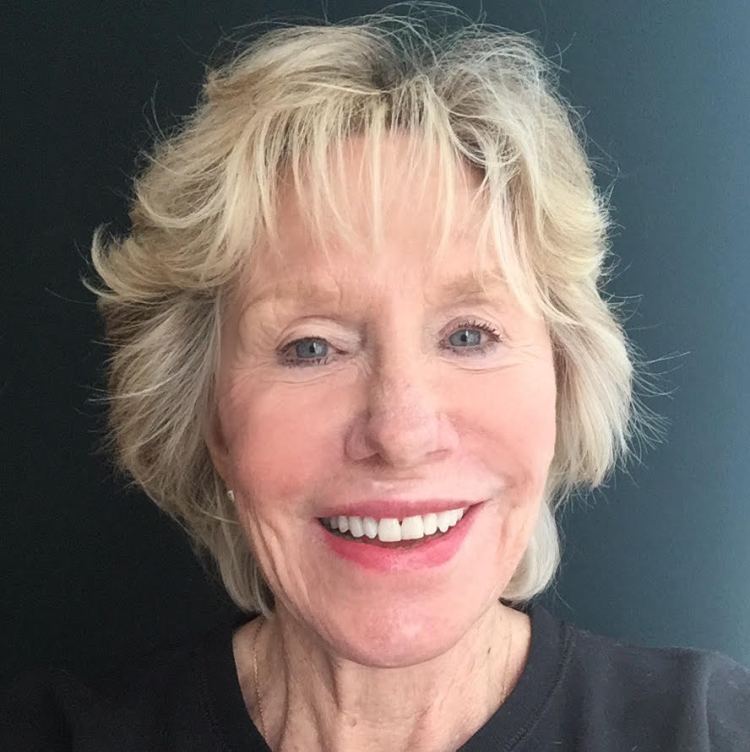 One thought on “NEW RELEASE: “JAYSPEAK ON THE COTE D’AZUR””