HERE’S WHAT IS ON MY MIND……  Go grab a cup of coffee, if you want to.  I have a few things that I want to say.  Actually, I am speaking to myself as I write this as well as to all of my readers.  First off, I want to thank all of you for reading my words.  That is amazing and means a lot to me.  Never in my wildest dreams did I think anyone would read what I have to say.

I still have a vivid memory of Andrea and Kate and me, sitting on the patio of Volupte Anytime in Nice having lunch.  Steve was very much alive at home on Cimiez.  I was trying to think of ways to make money to help fund our (Steve and mY) European adventure ahead of us.  I had closed down my Law Offices.  I was frustrated because very few people seemed interested in reading my introspective Journals.  “Janet Tallulah.” and others or my flower books. They both told me to write a blog.  A what?  Blog?  Ewwwww…….  People make money off of blogs?  How?  Getting readers and advertisers and……  That day, I went home and told Steve that we both needed to write a blog.  A what??  He was as skeptical as I was.  But, he loved to write, so he immediately started his blog, called “Stevespeak.”  (He would make up his own words, and I would say, “Is that Stevespeak?”)  So, I asked him if he minded if I called my blog “Jayspeak”?  He thought that was a good idea.  So, we both wrote our first blogs, after setting them up on WordPress – “Jayspeak” and “Stevespeak”.  Then, he got sick and died.

I kept writing, and now, over three years later, I have amazing stats (forgive me for posting these stats but I am very proud of them):  36,800 views; 7,520 visitors, with almost 200 posts, and I don’t know how many followers.  So, I now love writing each week.  I cannot guarantee it will be interesting.  But, I am enjoying it, and my next book, “After Steve Died” is on hold.  So today, here is what is on my mind (particularly in the middle of the night……)  haha.

First off, we are fighting for our lives.  I am.  I don’t know about you.  So, I will just go with me. I cannot win a fight unless I engage in it.  What do I mean? These may be times of chaotic energy.  I think our country is experiencing an unfortunate lack of leadership, as in the saying “all is fair in love and war” Or I may be experiencing distracting, chattering thoughts that agitate me as they jump around in my head.  In a more mundane context, it may just say that I am having A LOT of hectic days.  None of this sounds very good, of course, but there actually are better aspects to all of this than I may realize.

Despite (or, perhaps, because of) strife, we may create something wonderful out of the chaos, and this is especially true when we are able to look at conflicts and disagreements within groups of people, especially families, to find common ground there.  Considering this, we can see that the creative energy of each individual within a group has the potential to fuel either chaos or creativity.  The preferred goal, then, is to unify and focus everyone’s efforts in order to harness energy creatively instead of letting it run wild and become destructive. So that makes it important to look for common ground to see how people can work together instead of at cross purposes.  Such a change of perspective can alter the dynamics of a situation from being contentious  to being cooperative, and that changes its energy from destructive to constructive.  I am particularly thinking about the dynamics of my family and a few of my “friends”and mere acquaintances.

But even if we do see these times as representing conflict (both internal and external), we must realize that this is not always bad.  For one thing, this can indicate an effective agent of change.  To quote an old culinary saying, “You have to break a few eggs to make an omelet.”  …and not just merely breaking eggs.

Conflicts can be good for us.  Maybe there is infighting with people who oppose us.  That can be a good thing for us, like antibodies fighting off infection… literally.  Someone or some group is fighting hard for us – fighting against an enemy and testing ideas through conflicts and disagreements with others.  This is good because, as I said at the beginning of this diatribe, you can’t win such a fight unless you engage in it. Thus, it is time to fight the good fight or to fight harder and not give up.

I, personally, with this current move to Paris, am experiencing the conflict that merely represents the niggling little day-to-day struggles of life, much less a pandemic.  However, even though I may not realize it while multiple things are bothering me, even those struggles may have value.  I can grow and improve for having dealt with them.  I must remember that such irritations provide me with opportunities to practice my ability to deal with problems so that I can come out on top if or when bigger problems arise.

I intend to resume a passionate participation in life and intend to cultivate such an involvement.  I have shaken things up in my life.  I don’t plan on sitting on the sidelines.  I have jumped into the fray. Haha.  Maybe I should get involved in something important and find a cause that I care about enough to fight for it.  That is what I did when I got out of Law School.  I started representing employees – people who had been abused by bullies at work and damaged.  As a woman and as an actress, I cared and identified with that cause and wanted to fight for it.  So, I did.  For 20 years.  I stopped on December 10, 2019 and moved to Paris.

Finally, I see danger ahead for me. But danger can be exciting.  HEY!!  We are all exercising new muscles to adapt and change! I have great confidence each of us will be stronger, and collectively we will be stronger together as we navigate.–  JUST SAYIN’…. 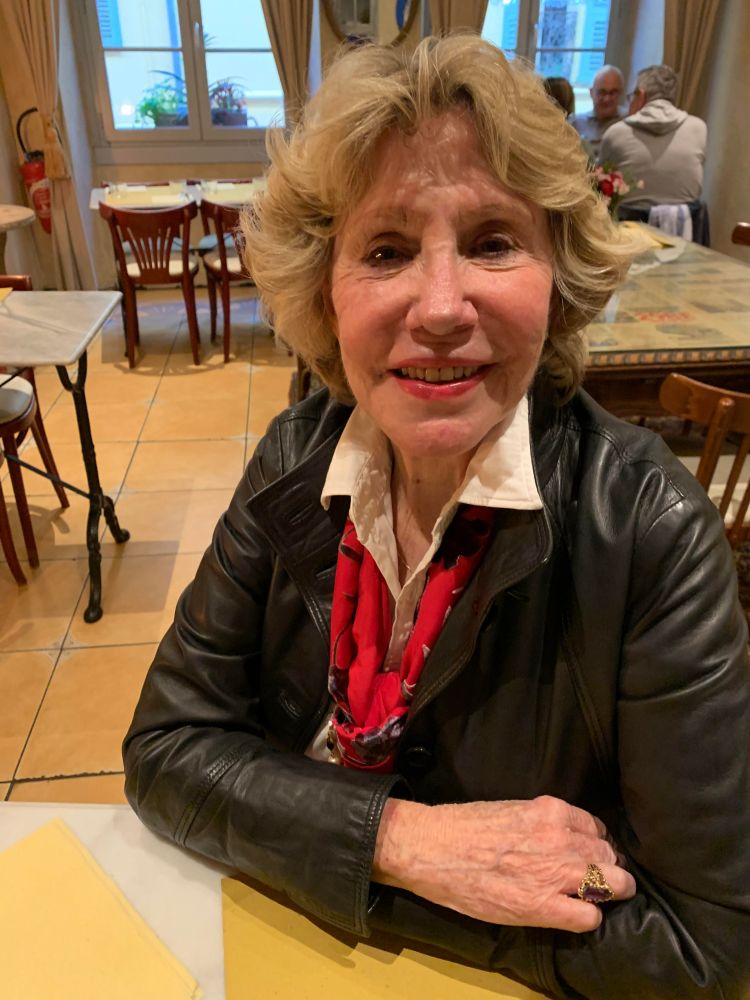 3 thoughts on “ON MY MIND – PARIS, FRANCE – the first weekend in Lockdown”