Today, I am going to ramble and try to clarify my thinking at the same time.  I have now been in Paris for three weeks and three days.  I cannot begin to tell you all that has happened during that time.  A LOT.  I have solved problem after problem, some successfully, others not so successfully.  But, for the most part, I have settled in for the long haul. I have a too expensive doctor who speaks English, was trained in Canada, and works outside of the French Health Care System.  She has referred me to three specialists, two of whom also work outside of the System.  That doesn’t mean they are better; it means they are expensive.  I am still trying to find a General Practitioner who works within the System.

I still don’t have WIFI.  I am working off of Hotspot. I have subscribed to Orange, and it requires fiber.  The apartment has fiber, but the Orange technicians cannot find who has the key to the box containing the fiber acess.  They are hoping that the “Sandic “(Homeowners Association) has it.  Good luck with that one.  I may not have WIFI for a while now.  That means I have no television.  (With all that is going on in the news, that may not be a bad thing.) 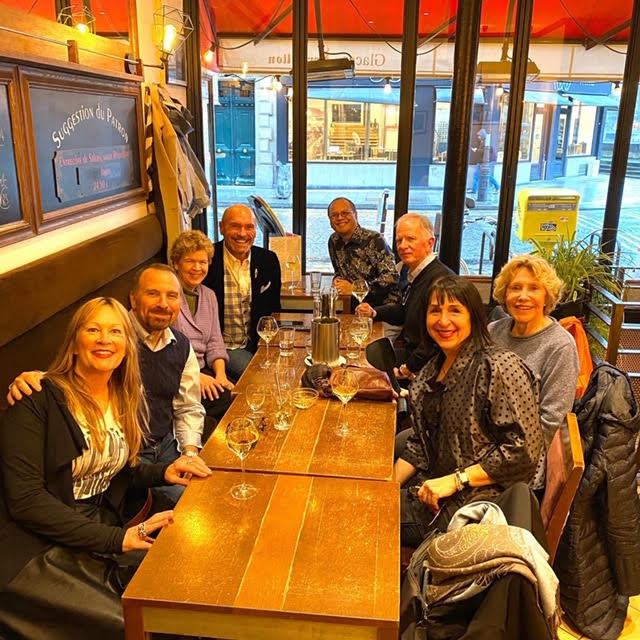 I am on a tight budget. Everyone seems to walk better than I do.  I still have a lot of back pain and need the cane.  The cat has settled down. 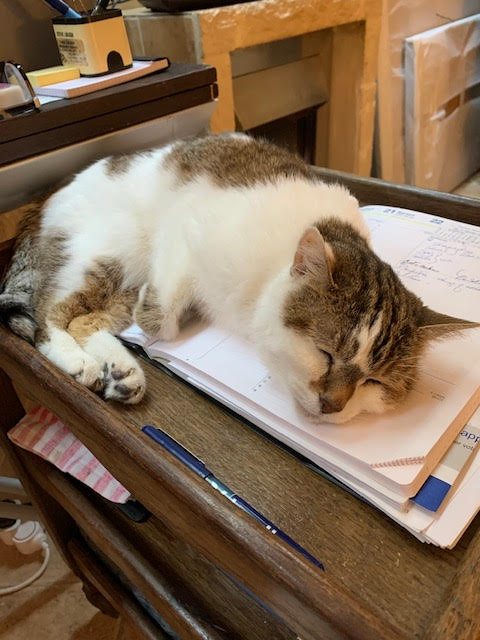 There is a very small hot water heater in the apartment, and I cannot take a hot bath.  Not enough hot water.  The piano fits.  I don’t dare play it.  (long story). 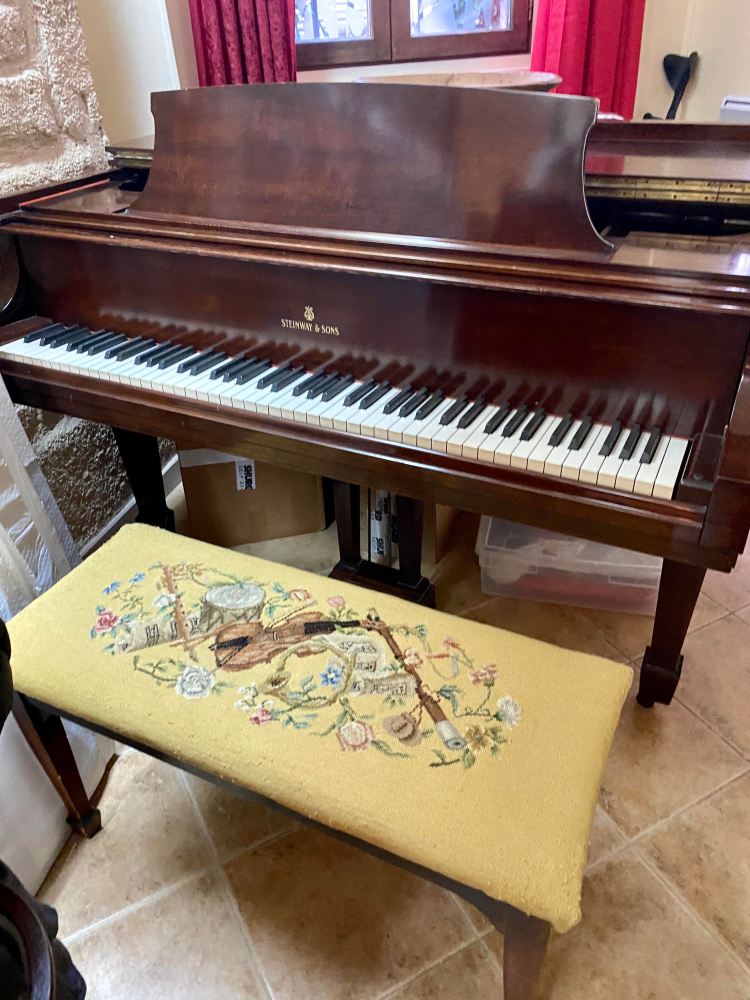 The bed is a sofa-bed and comfortable. The kitchen is small. There is a dishwasher and a good washing machine. I have made the table into a desk for me.  There is not much light in the apartment because it is on the ground floor with bars on the two windows, thus I use a lot of electricity when I am here to lighten things up.  The ceilings are high which makes it feel more spacious but difficult to change light bulbs or use top shelves.

There is a lot of world outside the door:  The Cluny Museum; Cafes galore; the Sorbonne; the Odeon; tree-lined streets; nooks and crannies; Paris; the Seine; Montmartre; the Luxemburg Gardens; and more. 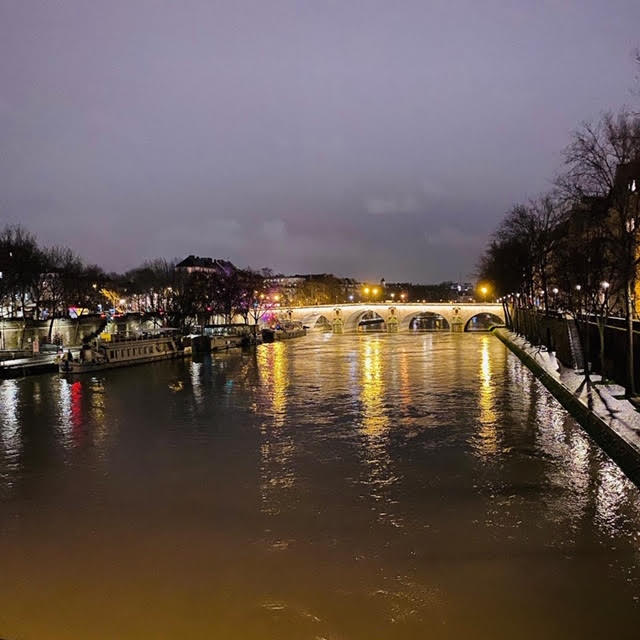 I have ventured only so far.  For the most part, I am going where I need to go – the hairdresser; the Pharmacy; the grocery store; breakfast, lunch, get in an Uber, to get out of an Uber, to go to the doctor or Office Depot or to light candles at the Abbey.  Everything is a challenge.  It all hurts.  Plus, I have some minor physical problems that could be fixed with time and money.  It ALL takes money.  I am being very careful with my money. I must.  I have a limited supply. Moving anywhere takes time and money.  It is same the world over.  It is not easy or quick to move and set up shop in another place.  Paris is no different than moving from one town to another..  Welll=llllllllll, maybe a little. To be honest about it, I have gotten the life-boost that I wanted when I decided to move from Nice to Paris.  That is the good news.  I just wish I had more stamina and felt better.  But I am here.  And, it looks like I am here to stay until I leave to move wherever – another apartment, another town, another country.  And, none of us know when that will be. For now, I am in an excellent area and positioned to go and do. I am motivated to get better. I am excited about the future. Paris in the Spring.  WOW.  What fun! 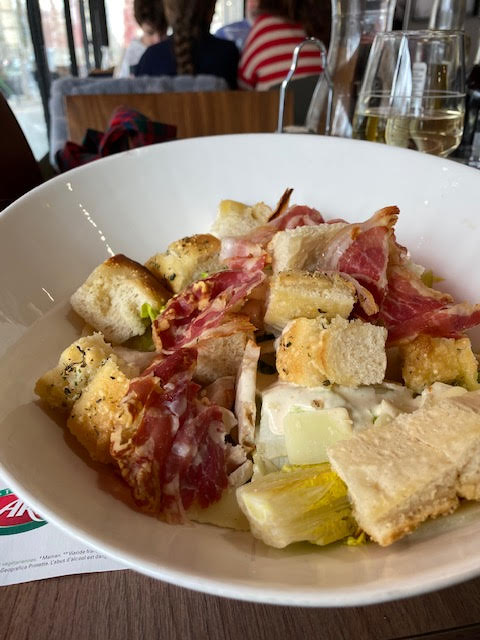 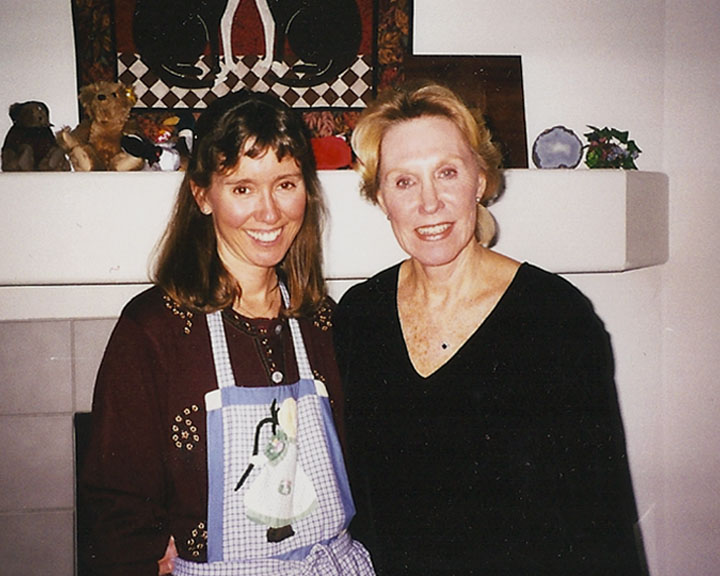 I Look forward to celebrating it with her in spirit in my own way here in Paris – where it all began so many years ago. (Long story)  Please join me in saying a prayer for her. Thank you in advance. 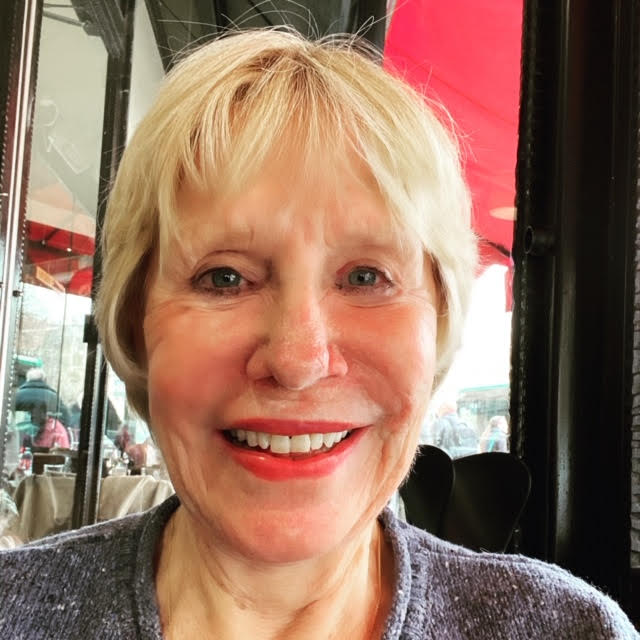 One thought on “RANDOM RAMBLINGS IN PARIS”