When I was a young girl, I took a lot of lessons – speech, voice, piano, baton twirling, dance (ballet, tap, jazz), swimming, diving, tennis.   And I was in a lot of recitals and loved being a “show-off”.

I was good at most of them.  Actually, I was good at a lot of things (especially sports), but I excelled at piano.  I could not play by ear, but I would practice a lot. And I had a good teacher who would encourage me, and she would give me pieces to learn that were very hard.  And, I learned them.  Her name was Martha Finger Stratton.  And, I am friends with her beautiful daughter Ellen Stratton Mcallister on Facebook to this day.

So, when I was around 10 or so, Daddy bought me a Steinway medium grand piano.  This is a photo of what it looked like.  It was built by Steinway himself in NYC in 1946.  It has a serial number.  One family owner for all these years.  Gorgeous sound.

I loved playing on it.  I would practice for hours.  I continued playing until I graduated from High School, and in the spring of 1955, I gave a private voice and piano recital and had approximately 150 guests to attend.  As a finale, Martha and I played a two piano concerto. A lot of people came.   Below is a fun picture of me in High School, probably 1954 or 1955. Haha.  Mother’s Cadillac.  I had my driver’s license so I had to be 16 or over.

Over the years, the piano sat in the “Music Room” (un-played).  After Daddy died in 1975, Mother promised to leave me the piano when she died.  I asked her to give it to me in advance of her death.  She did – as part of my inheritance.  I received it sometime in the 1980’s by shipment by moving van to California.  I have had it ever since, moving it from house to house. This photo is in Nice.

Now, it sits with me in this tiny Studio in Paris, France.

It has had physical damage.  It needs a lot of things – all of them expensive.  All my friends and acquaintances tell me to get rid of it. I don’t want to.  I have not played it for years.  Why? Because I have lived in apartments with neighbors who don’t want to hear me “practice”.  Because it has to be moved up lots of steps by movers who know what they are doing.  Expensive.  Because it requires Steinway parts.  Expensive.

I wish I had a Sugar Daddy.  I wish I had someone who would pay for the piano to be restored by Steinway, and I could play it in a beautiful apartment in Paris, France, until I die.  Then that person could have it to sell or to keep.    Wouldn’t that be wonderful???  But alas and alack.   A PiPe Dream.  I have a lot of pipe dreams.

I considered selling it now AS IS and get some money to live on.  I don’t know what to do.  I am thinking, thinking, and looking for an investor.  I doubt I am Sugar Daddy material.  Haha.  And, I am thinking of moving into an apartment on the sixth floor.  What to do about Missy and the balcony?

The piano and space?  And, physical therapy!!   And I worry about a virus and what’s going on in the White House.  I know who I am going to vote for.  And, I am profoundly grateful that I have discovered so many people who care as deeply as I do about my country.  Anyway, it is a lot. Stay tuned……. 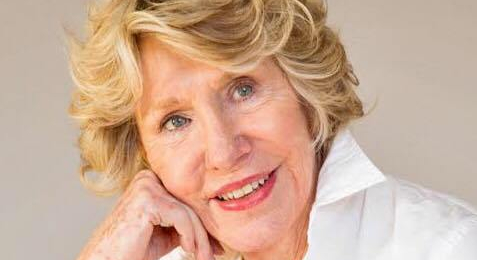 None of this is easy. Thanks, Jay

3 thoughts on “THE PIANO”