This morning, after my walk and café in the park, I decided to go into my place of serenity and peace – the Jardin du Monastere de Cimiez – with the specific purpose of taking pictures to post on Jayspeak. So, I did.

Now, as I have said before, up on the hill of Cimiez – near my condo – is the Monastery of Cimiez, which includes a church (see also, cathedral) and a monastery that have been used (and still are, but by four Italian priests now, so I have been told) by Franciscan monks since 1546. And, behind the Monastery sits the beautiful Jardin du Monastere de Cimiez – the oldest garden of the French Riviera. Beautiful flowers (exquisite roses galore), trees, and shrubs grow there in every season. When one flower or shrub dies, it is cut back or replaced by the gardeners – a hearty crew. And, gorgeous magnolia trees!!! Imagine, beautiful magnolias in my own back yard (so to speak). Now, the gardeners are not a friendly bunch – let me tell you. I got too close one day to a rose I was shooting, and – well, let me say, I won’t do that again. They watch the visitors like a hawk, protecting their beauties. 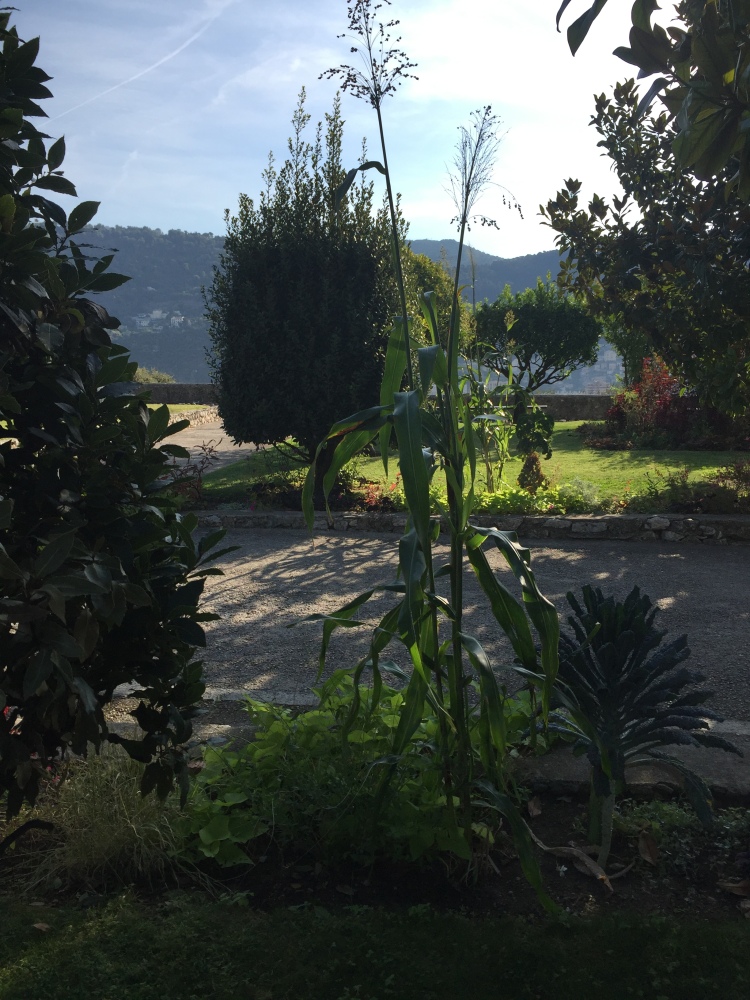 I have read that the garden covers 9,550 square meters and initially was used as a kitchen and orchard garden by the Franciscan friars. Apparently, the original layout from 1546 has been preserved (for the most part) and transformed into flower beds. And, the best part – all of it leads to an incredible view of Nice – looking out to the Med. Breathtaking. Plus, lots of fruit trees – orange and lemon – and even pomegranate groves. The people who walk there are so quiet, it is amazing. A place of reverie, to be sure. 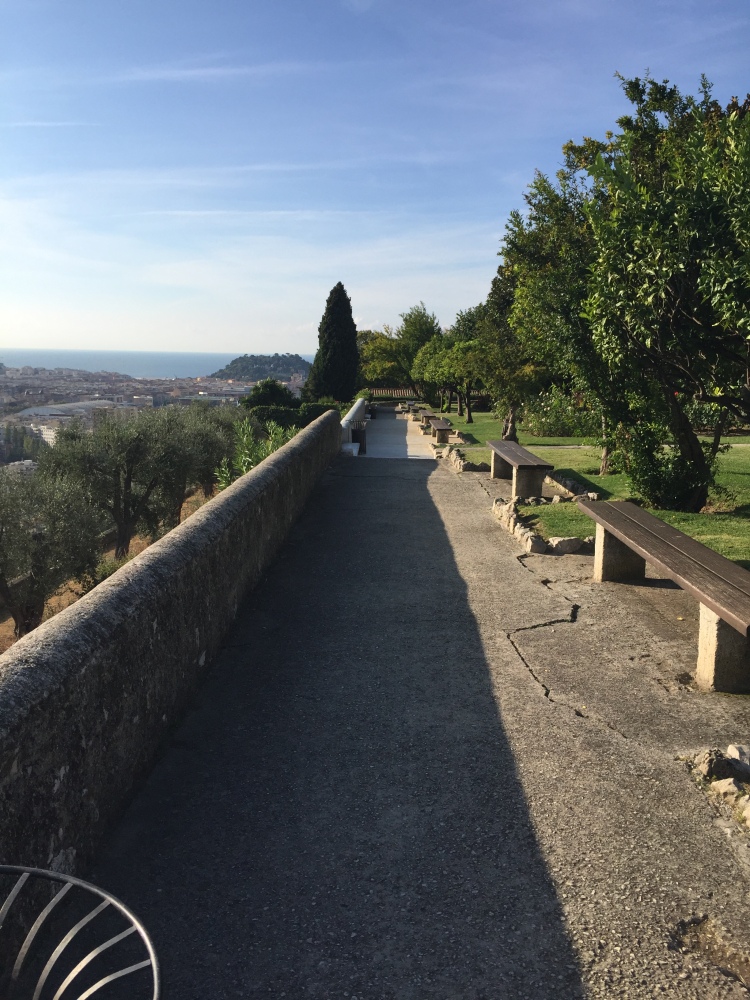 I have posted a lot of pictures. In fact, I have more – for another day. So much fun. Every time I would look up, I would see something else I wanted to shoot. In fact, there were several stalks of corn there. ??? And, my new best friend, the Monastere cat followed me everywhere. Don’t know its name, but I call it “pretty kitty”. It is always in that garden. Duh.

Anyway, take a look at the pictures. Pretty self-explanatory. Hopefully, I was able to capture the beauty. I want you to see what I love to see. 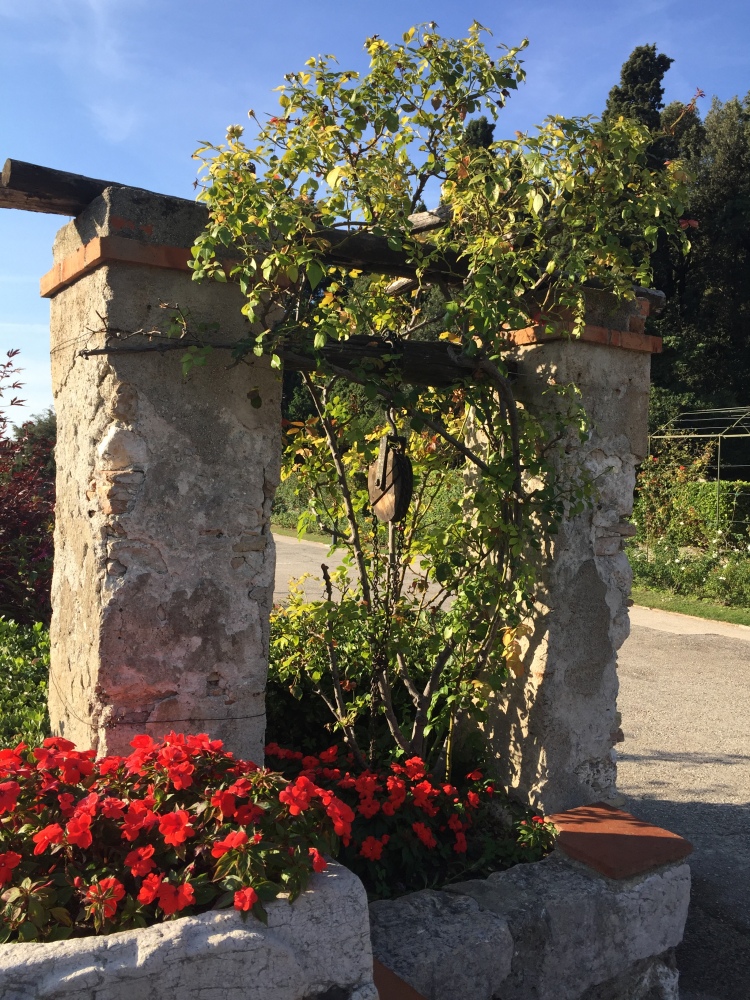 I later posted this photo on a site where I sell my photographs.  It was selected and purchased by Getty Images. That is quite an honor!! 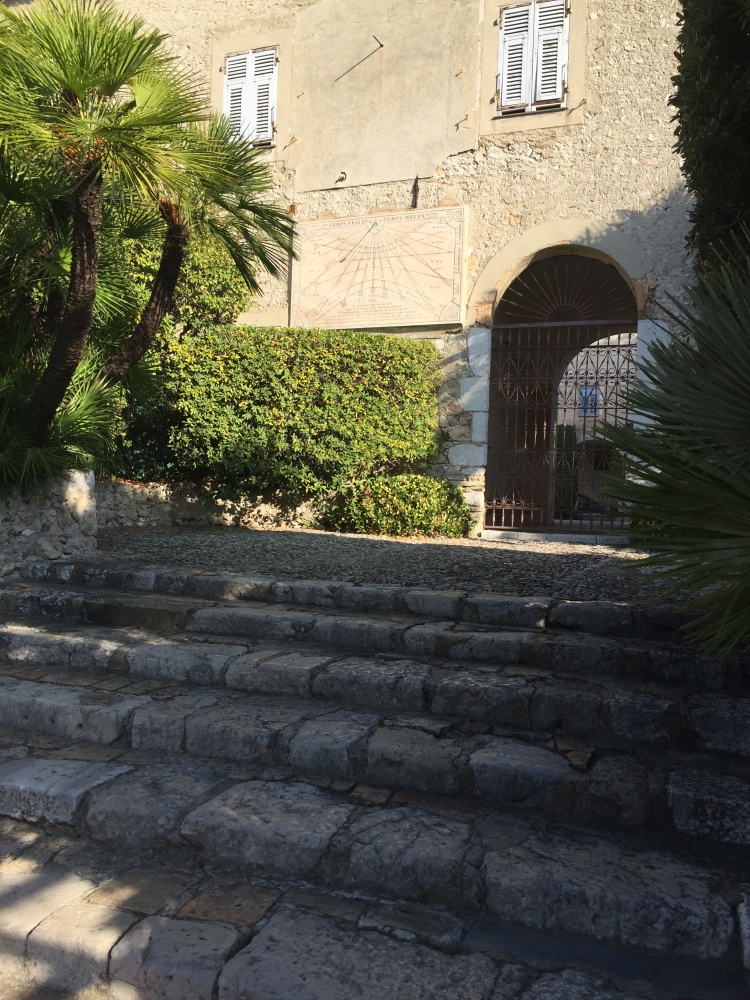 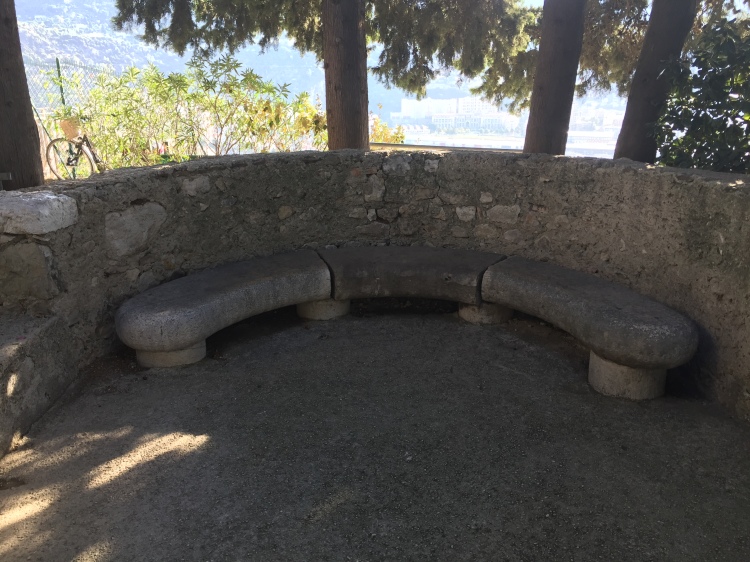 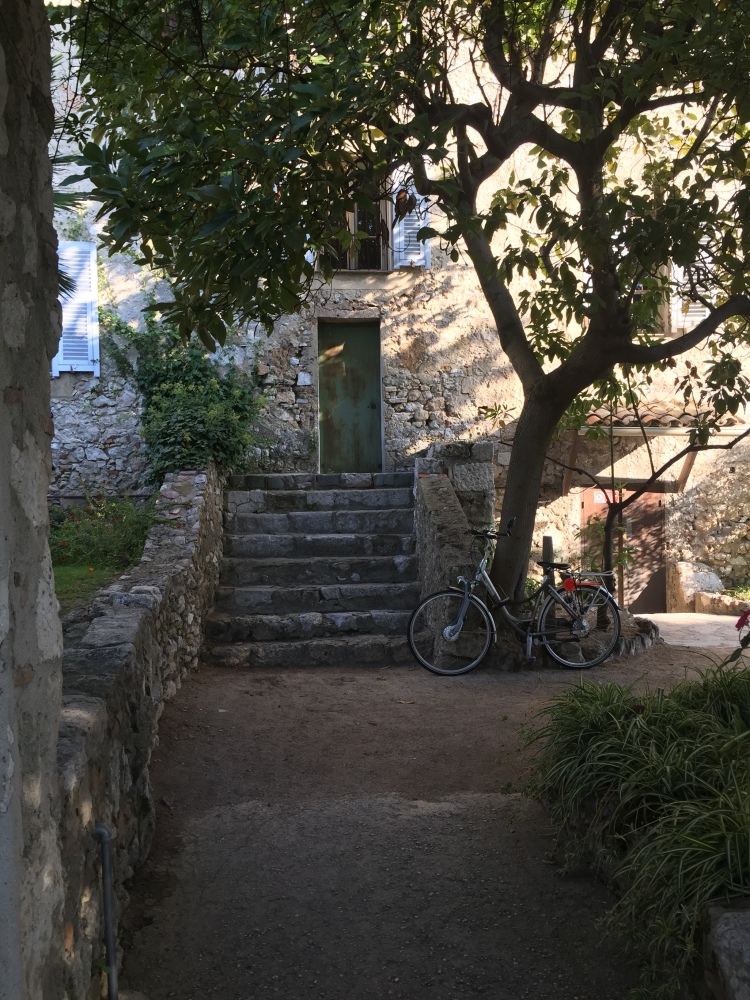 I run while I learn (to speak French)