On Thursday of last week, September 26, 2019, I celebrated my 3-month anniversary since my second knee surgery and walked 3.5 miles, going along a route that I walked before both of my knee surgeries (the first terrible surgery was exactly one year ago – September 27, 2018 – Ugh!  I did not know if I would be able to do it because that is where the new tram is going in.  Plus, it has some up-and-downhill walking.  But, I decided to try.  I took a lot of pictures so here goes…..  A pictorial post of my route – down Rue de Lepante, past the butcher shop, the wine store, the newsstand store, the souvenirs in the window, the square (also called “round-about”), a pumpkin in a health food restaurant/store, the Police Station, a local park for the kids….. 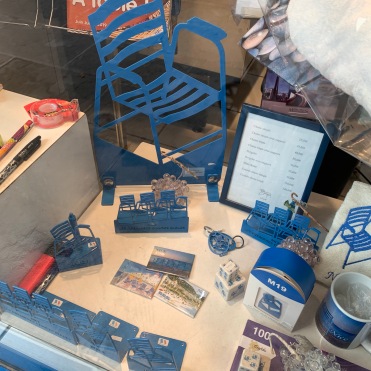 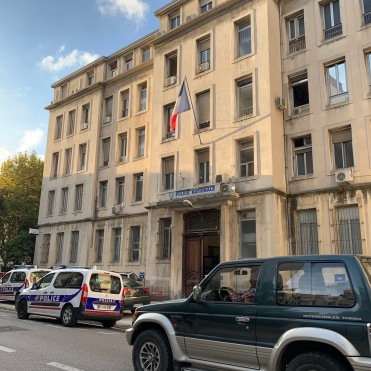 through the Contemporary Art Museum across Place Garibaldi….  (all of these things have names, but you get the idea….) to the Tram construction cut-through…. 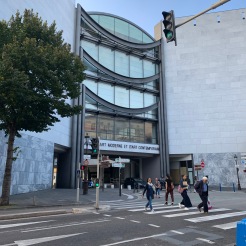 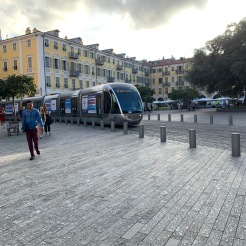 Down the hill to the Port, past the antique market to the Sea, ready for breakfast. 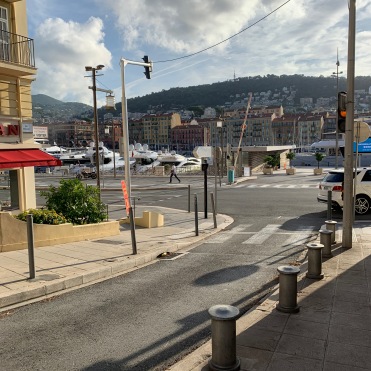 THEN, across the street, up the hill, past the WWI monument, to my favorite walkway past the Nice Sign by the Sea and past the Hotel Swisse onto the Promenade 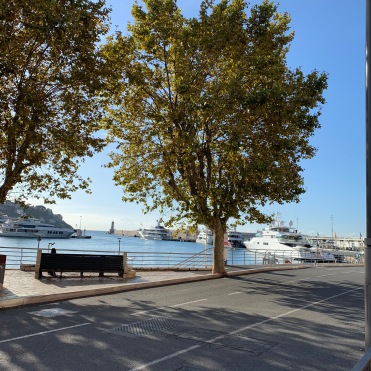 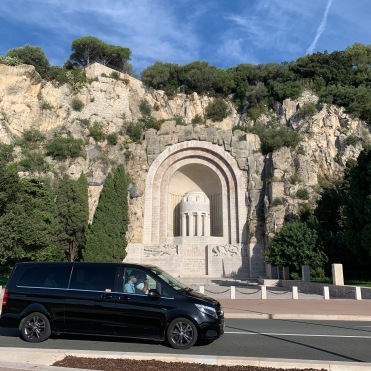 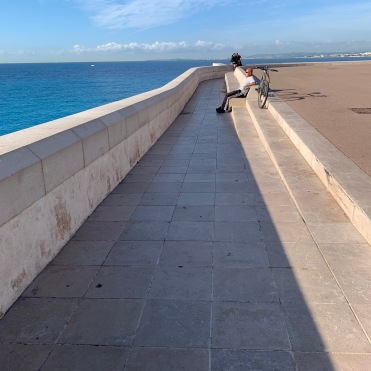 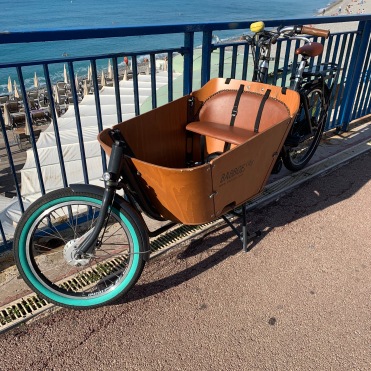 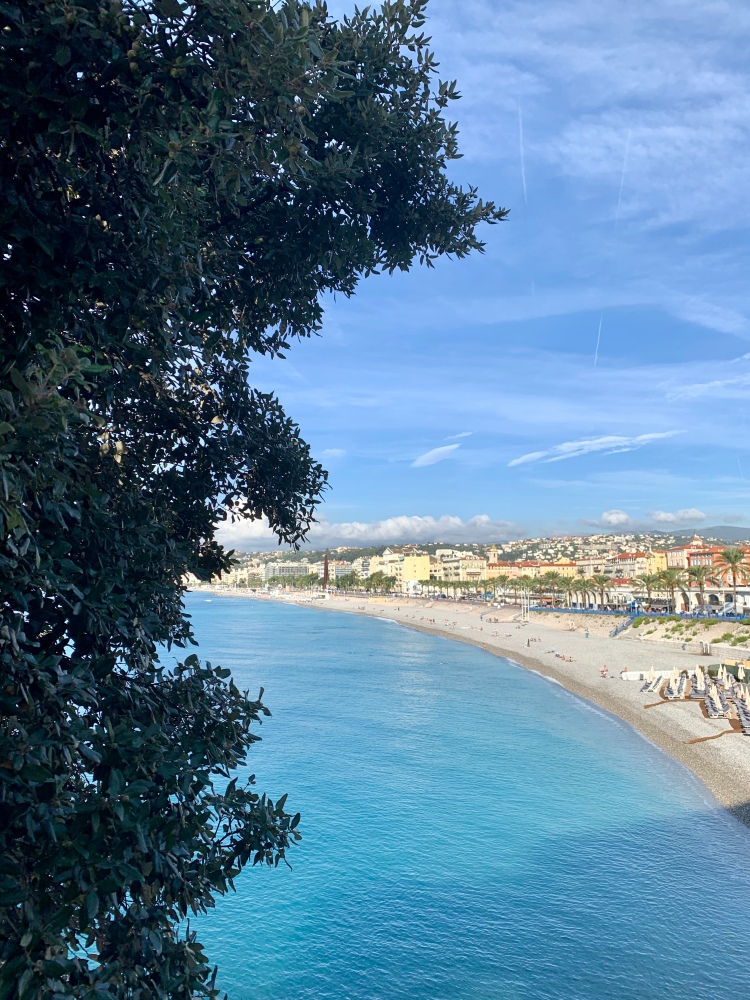 And, through the Arches into the Flower/Vegetable Market….. 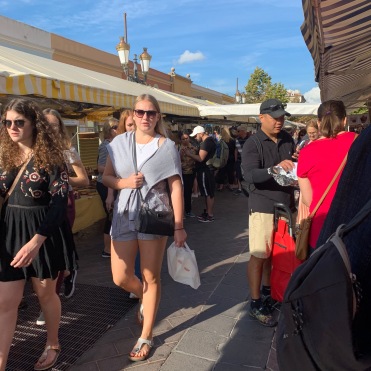 Past the fruits and vegetables and the gorgeous flowers and artworks….. 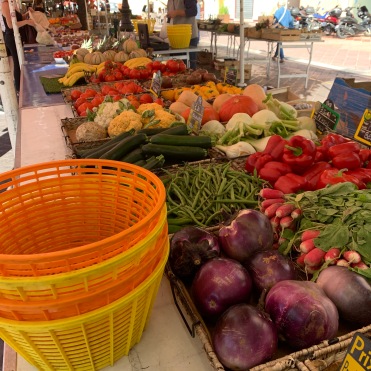 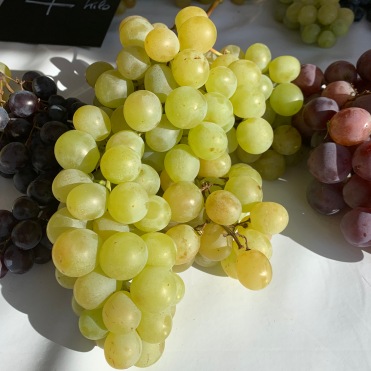 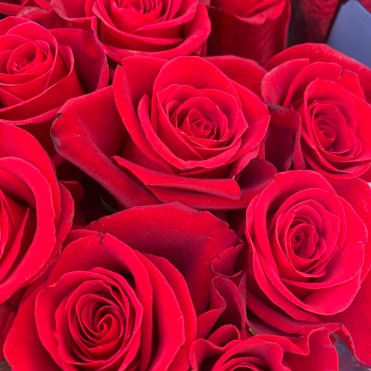 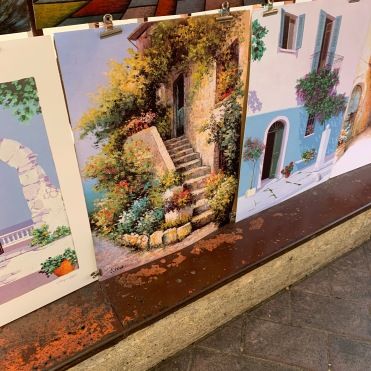 By the Hall of Justice and the Fountain….

Then, the long walk home.  I decided to skip cheating on the tram.  I got a coffee along the way and made it without problem. 3.5 miles.  I have a lot more pictures (because I had both hands free for the camera), but this is enough for one sitting.  Needless to say, I was very happy to have done my favorite walk.  I stopped to sit a lot, but that’s ok.  And, I have gotten lots of rest this weekend.  So, this weekend is a 2-post Jayspeak. But, I wanted to do both.  I don’t look so hot, so no selfies, but that was not the goal.  Anyway, stay tuned……